Last month’s blog covered the Flash and now I want to talk about preparation.

When preparing for the Flash you don’t need the hallucinogenic drugs used by the Beat Poets in the 1950s as they sat on Olas Altas beach in Centro. We have a Made in Mexico solution for you.

You’re at the beach, waves are waving, palm trees swaying, the sun is setting and, by definition, it’s cocktail hour. Nothing says Mexican cocktail like “Margarita”.

It’s the quintessential Mexican drink. If you’re close to a bar there’s an excellent chance the bartender will know how to make one but just in case, here’s some guidance. A Margarita requires only three ingredients: tequila, limejuice and orange liqueur. Everything else is a frill and if a cocktail umbrella is involved, it’s downright embarrassing.

You need to understand the Green Flash is an atmospheric condition so the scientifically minded reader may want to check it out in that fount of all knowledge, Wikipedia. There are all kinds of flashes and rays including a Blue flash. Due to the technical nature of physics, a review of the science behind the Flash is best done without the assistance of a Margarita. Margaritas help you see a Flash–they don’t improve your chance of understanding it.

On the other hand, while waiting for a Flash, the pseudo-scientifically minded reader (a.k.a someone on holidays) may want to experiment with the ingredients used to make a Margarita.

Tequila–this is as Mexican as Mexican can be. Don’t use the $5.00 for five litres in the plastic jug variety. That’s roughly five quarts for American readers. Your brain will not survive the week. About $10.00 a bottle is adequate but the drink can be marginally enhanced with up to about $20.00 a bottle–after that the lime and orange liqueur will mask out any improvements. Save your money to buy more tequila. 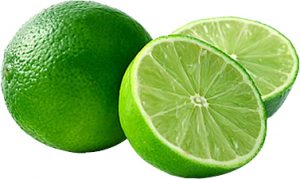 Limes should be Mexican, not the Persian or Key Lime variety. There really is a difference. Fortunately it’s hard to find anything other than Mexican limes at the Mercado in Centro. While you’re there get a neat little lime squeezer for 20 pesos. Back home, this squeezer will be more useful than that Mexican sombrero you bought on the beach.

Orange liqueur is the final essential. Get yourself a bottle of Controy. Whoa–you’re thinking–Ken’s spell checker must be turned off. NO, I intended “Controy” not “Cointreau”.

Most non-Mexican, i.e. non-authentic Margarita recipes specify Cointreau. It’s French, which alerts you to the fact it’s not Mexican. How can you make a Mexican cocktail using French ingredients–you can’t. Luckily Mexicans have solved this dilemma. Controy is made in Mexico. It even comes in a squarish bottle just like Cointreau except the bottle is conveniently coloured-coded green so you won’t confuse it with a French, foreign product that costs three times as much.

Here’s the really good news–I’ve done blind taste tests, not to be confused with getting blind drunk, and the Controy makes a better Margarita.

Now this is where it gets controversial. All those people who’ve never invested the time and effort required to see a Green Flash jealously dismiss your sightings by saying it was the tequila rotting your brain, or it was the green from the lime or even the green bottle glass of the Controy misled you. Do not be swayed.

Just like fishing, I guarantee that given enough sunsets, with a Margarita in your hand, the Flash will eventually come to you.

By the way, Margarita is Spanish for Daisy and a nickname for Margaret. This has nothing to do with anything but it’s a useful bit of trivia to pass on to your companions when you’ve assembled them to see the Flash and they complain because it failed to materialize. Then you can ask if they would be interested in going deep-sea fishing because Mazatlán is famous for it’s fishing. If all else fails, tell them the Spanish name for the Green Flash is “Luz Verde en el Horizonte”. By then they’ll have had another Margarita and won’t be listening anyway.

P.S. In the last nine years I can say with certainty I’ve often seen green at sunset but the brilliant emerald ray only twice.  I’m less certain about the number of times I’ve had a margarita.