Photos of some things I find interesting (all © Ken Martens):

This is a pillar in our kitchen and Lynn cut the heliconia  from our garden. The nicho above it holds a tree of life with Adam and Eve, the snake, wildlife – everything in the original story. 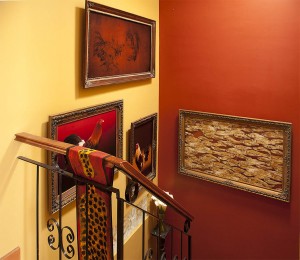 Roosters and dried fish in the stairwell. 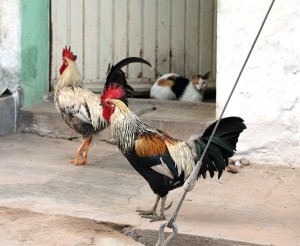 Roosters on the street next to us. It’s hard to get them to stand still for a photo. Maybe the cat made them jumpy because I had better luck with the two below. 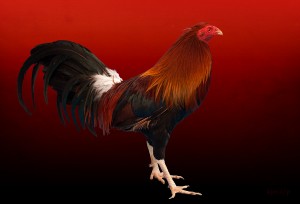 This rooster was in a car wash lot in Centro, I removed the distracting background. 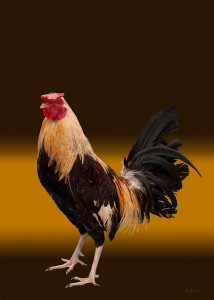 Another rooster in a parking lot.

Detail from the school of fish photo in the stairwell. 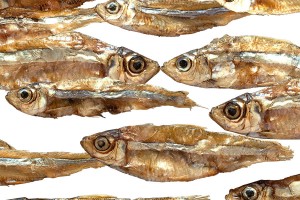 These are tiny dried fish used for soup, especially at Easter. What you can’t see is that the white background in this detail is a transparent film so that the viewer can see right through to the wall behind. 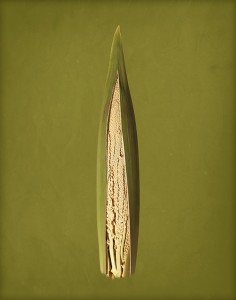 A window grill not far from our home. This grill was scraped and painted shortly after I photographed it. 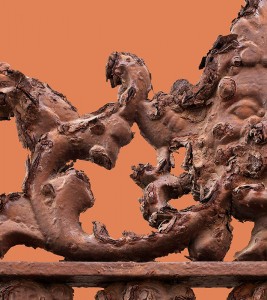 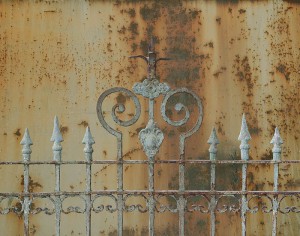 Fence grill not far from our home. It has now been scraped and painted. 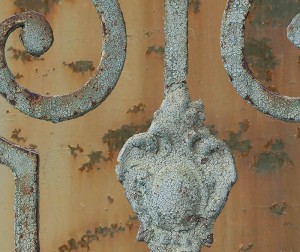 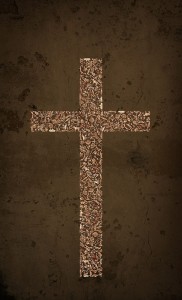 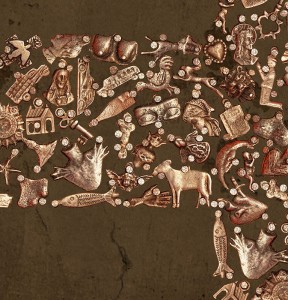 Milagro cross detail. This photo is a collage of individual photos of each of the milagros (miracles.) 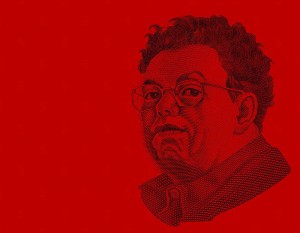 This is the engraving of Diego Rivera used on the 500 peso note. 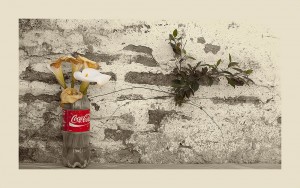 An empty coke bottle used by our workers, some dying calla lilies Lynn threw out and a plant in our garden growing out of the neighbour’s wall. It was only later that I realized the red/white/green’s reflected Mexico’s colours.